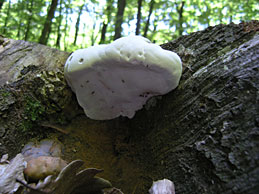 Research has found that these edible and medicinal mushrooms are beneficial for anyone not allergic to fungi, including patients with

Research has confirmed the hypoglycemic activity of certain mushroom species. Certain active compounds from mushrooms stimulate the secretion of insulin, while others reduce blood sugar levels without increasing insulin secretion. For other mushroom species, hypoglycemic activity has been confirmed, though its mechanism has not yet been established. In addition to hypoglycemic effects of the carpophores and/or mycelia of certain mushroom species, it has been proven that blood sugar levels are reduced by mushroom compounds such as ganoderans A and B, lentinan, thiosulphonate and dietary fiber. The immunomodulation and antiviral effects of certain active compounds in medicinal mushrooms can also have a significant effect on the immunologically and virally-induced ailments that can contribute to the appearance and development of diabetes.

Some medicinal mushrooms, in addition to normalizing blood sugar (glucose) levels, also support and enhance general diabetes regulation mechanisms, such as reducing cholesterol and triglyceride levels, adding fiber, thus contributing to a healthier diet and reducing body weight; improving condition (increasing physical strength and endurance), thereby easing physical activity in diabetics and making it more effective; contributes to reducing high blood pressure and increasing blood flow. Adding vitamin B1 to the diet and slowing its breakdown in the body helps stress tolerance and strengthens resistance to viral infections, improving overall immunity. All of the above helps to prevent and reduce the likelihood of serious or lethal complications of diabetes, such as heart attack, stroke, kidney disease and kidney failure, vascular disease of the legs which can lead to gangrene and the need for amputation, peripheral nerve disease, eye diseases which can cause blindness, sexual dysfunction in both men and women, etc.

For healthy persons, we recommend 1 to 2 standard packages every 6 to 12 months. However, a special diet of 5-10 consecutive packages may be applied, or the preparation taken continually.

The preparation may be added during meal preparation (soups, stews, sauces) or can be made into a soup, sauce or spread on its own.

Please feel free to contact us by phone, fax, or e-mail for any additional questions you may have about our products or advice on their use!