DR MYKO SAN – HEALTH FROM MUSHROOMS was established on September 12, 1990 by Dr Ivan Jakopovich and Marija Jakopovich. We produce and trade dietary supplements made from medicinal mushrooms for the protection of health. Myko San is a biotechnological company based in Zagreb, Croatia, European Union.

There are three essential components to the DR MYKO SAN approach for preserving human health:

First, the use of medicinal mushrooms as a raw material (naturally growing or cultivated). Our products do not contain any poisonous or other harmful ingredients. Except in the extremely rare cases of mushroom allergies, our products cause no significant side effects and are very safe.

Second, the use is based on thousands of years of experience from traditional Chinese, Japanese, Korean and other Far Eastern medicine. Traditional medical practices has tested various mushroom based preparations on a massive number of users since ancient times and they continue to be of exceptional importance.

Third, the modern use of medicinal mushrooms is completely based on contemporary scientific research. The experience of traditional medicine has been systematically and empirically tested around the world since the 1950s, using strict scientific methods and evaluation of the chemical, pharmacological, biological, and medical sciences. The results are exceptionally significant, and the use of medicinal mushroom products and mushroom extracts in particular is constantly on the rise worldwide.

In our e-book entitled Medicinal Mushrooms and their Use, you can learn more about these three components upon which the DR MYKO SAN approach to preserving human health is based. 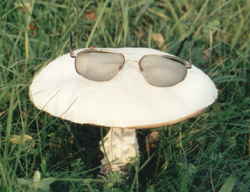